25 Minutes: How The Copywriting Course Filled Up Without Hoopla 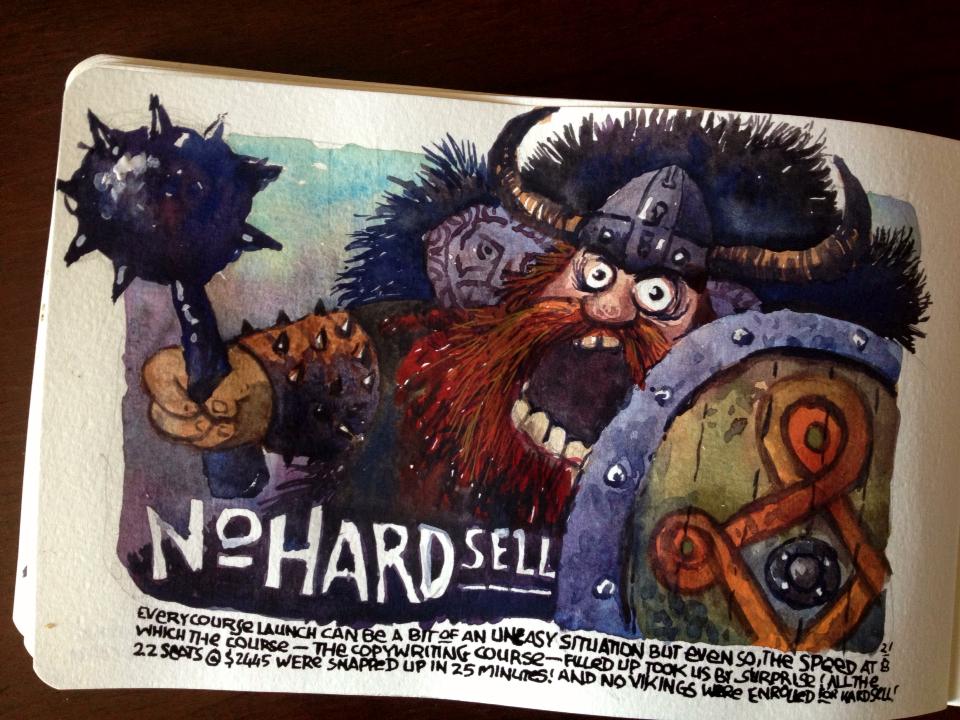 One of the things I detest the most about internet marketing is the hoopla. But hoopla has always existed no matter how much you go back in time. And it’s deeply satisfying to sell out a course (let alone a copywriting course) quickly. Even so, 25 minutes even took me by surprise. The copywriting course at Psychotactics is not cheap—it’s almost $2500. And yes, we don’t have more than 22 seats (so scarcity does help). But anyway, the reason why I don’t have 50 or 100 or 1000 people on the course is simple. I’m a teacher first, businessman second.

If I have too many students in my class, I can only make a truck-load of money
I can’t teach, not like I want to, anyway. So our courses have always been small number of students. But if you do the math, you’ll see that the revenues aren’t shabby at all. What’s more satisfying is that this went out to an audience of not 30,000 people but just 400, maybe fewer. And there was no advertising, no Internet ads, no joint ventures, no affiliates.

As one person pointed out, no money-back guarantee either.
What you couldn’t have known, of course, is that almost 90% of the group that signed up has done one or more courses with us. So instead of having to run around wildly trying to get new clients, we just work with our existing clients. Some of the group have done three and four courses with us. That’s not as if to say that if you’re a newbie on the course, you have to worry. If you’ll allow me a bit of “trumpeting” here, the Psychotactics system is one that believes in “tiny increments”. You move at a snail’s pace and then magically you have a skill you’ve never had before.

No course I know goes through more trouble than ours to get you that skill. But enough of yada, yada anyway.

About the cartoon
I set out to do a cartoon of “winning”. And that bored me to tears. Instead I decided to do a cartoon that signified the lack of hard sell. And I think I was looking at something on Google Images when a picture of a castle came up. And that castle led to Vikings and the Vikings led to me searching for my treasured book on “How To Train Your Dragon”. There was the picture I was looking for. I had no clue how a Viking looked (well, I did, but reference material is so much better). And there it was a couple of hours later—the Viking in all his “hard sell” glory.

I particularly liked the light on the shield. That was special to me.