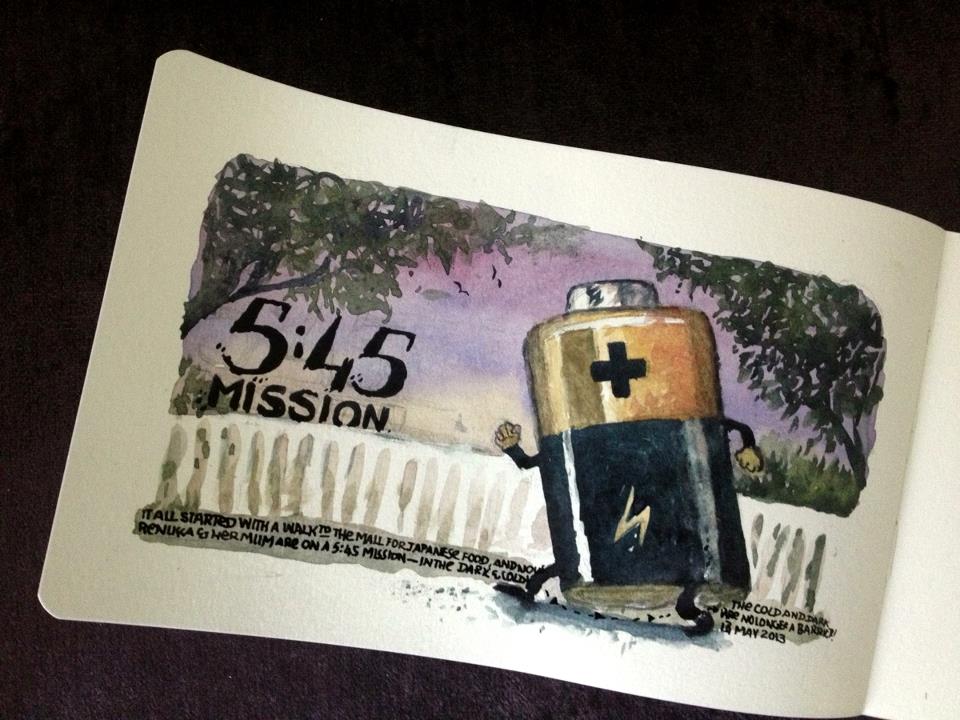 So I went through a patch just a couple of days ago where the work was bad, then good and then I was super-pleased with this cartoon. The big deal about this cartoon is the light. And light is created by darkness and shadows. Batteries have this nice gloss, but the Energizer battery is so much nicer with its metallic tones.

The trees in the background help envelop the picture.
Often you want to put in vertical objects to direct the eye back into the picture. In this case, there was nothing pushing the eye out. Even the battery was tilted inwards, but there’s no harm in putting these blocks that force the eye inwards.

I also put in some pink shades on the battery as if the setting sun was reflecting off the metal.

This was a very satisfying painting indeed 🙂

My mother in law was advised to walk for at least half an hour each day—and to go outdoors. She’s no fan of exercise and the cold and dark make it even more forbidding for her. However, she decided to go anyway and to our surprise (and hers) she walked all the way to the mall (and then insisted on walking back after dinner). And she’s been walking ever since. Good work! 🙂

← Goldilocks-Part 2 Grumbly about sharing my umbrella →