Elmo sticks around to party in Vancouver 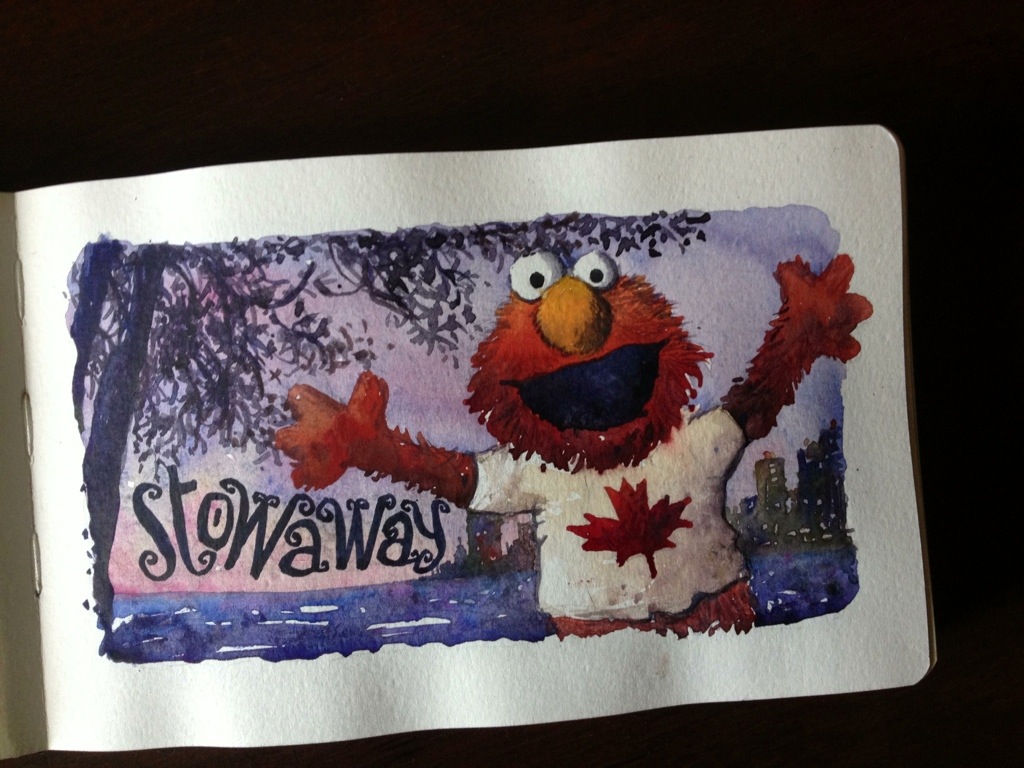 What we discovered on both the trips, is that Elmo decided to stay extra days in Vancouver. On the way in to Amsterdam, he stayed for 36 hours, and on the way out he stayed for a couple of days before getting back to Auckland.

I had a blast doing this cartoon, as it had so much colour.

Usually once I hit a rough spot, and suffer, the next illustration is almost always to my utmost satisfaction. Once I bounced a bit on the Brrr Amsterdam cartoon (and redid it) the ones that followed were hugely satisfying for me. This one, however, I wanted to take extra care to get right. And that’s when you usually get it wrong. All the same, I did my due diligence. I pulled out a photo of what turned out to be Toronto (not Vancouver).

But it worked just fine because I was able to get the exact colours of the sky, the sea and that made for a great background. Now I was on my way. The foreground with Elmo was a lot easier.

I’m almost glad Elmo stayed over in Vancouver, or this cartoon would never have existed.

P.S. That horizon line looks a bit angled at the far end. It’s not. Horizon lines need to be absolutely straight. The reason it looks that way is because of the angle of paper. Well, that’s what I think, anyway.

← Chilly entry into Amsterdam Holland: The land of stroopwafel →