Setting boundaries: Because photography can be pretty time consuming.

My wife, Renuka, asked me an inevitable question the other day.

“When did you start getting so obsessed with taking photos?” In a way, it’s not a question at all, because that’s the way I am. If I decide I’m going to learn how to cook meals in 10 minutes or less, I’ll make a hundred meals. I started doing about a watercolour a day in 2010 and now I have about 3,500 watercolour paintings in Moleskine books. Some people will take on one hobby, and drop the other, or maybe do a lot less. Not me. I’ll pile on one on top of the other, until yet another comes along. Even with this track record of obsessive behaviour, Renuka was still curious about how photography had a distinctive hold on me. In a way, she wasn’t talking about photography at all. She was considering how unlike photography was, as compared with any other hobbies.

At first, it wasn’t so overpowering
Most of the time I’d have my iPhone and I’d take pictures from day to day. If we went on holiday, I’d dig my DSLR, have to charge the batteries, and yes, I’d come back with about three thousand pictures, but somehow what I am doing now seems different. It’s different in a way that it’s intrusive to our walks, our lunches, dinners, and just about any activity together. It’s one thing if you’re out with a camera and you see something dramatic unfolding. It’s quite another when you walk into a Farmer’s Market and I’ve spent the next hour taking photos of someone making crêpes. That’s when you realise that nothing seems to be out of bounds and everything is incredibly interesting. That’s when you know you have to put rules in place.

The rule-progression happened after an hour of me taking pictures at the barber
The original goal was to walk near the city in a place called Ponsonby. We were planning to walk for about 45 minutes in all, then go for lunch. Instead, when I got near the barber’s shop, I was so entranced by the scene, that I started taking pictures. “Five minutes”, I said to Renuka, but that was my own fantasy time. I guess I could walk away in five minutes, but that’s hardly what happens. Renuka was upset, as she should have been. Which is when the rules for photography had to be put in place.

Rule 1: The 10-second rule
This one means that if something is happening and I decide to take a picture, that’s okay. But ten seconds later, we’re moving right along.

Rule 2: The “fixed time” rule
If there’s a chance I’m going to be distracted, then I need to be upfront. Which sounds like this: We’re off to Ponsonby for a 45 minute walk and if I stop, you can meet me here at (insert time). This allows Renuka to keep walking and not be wondering if I’m going to take five minutes, or ten, or if she’s stuck for some undefined amount of time. 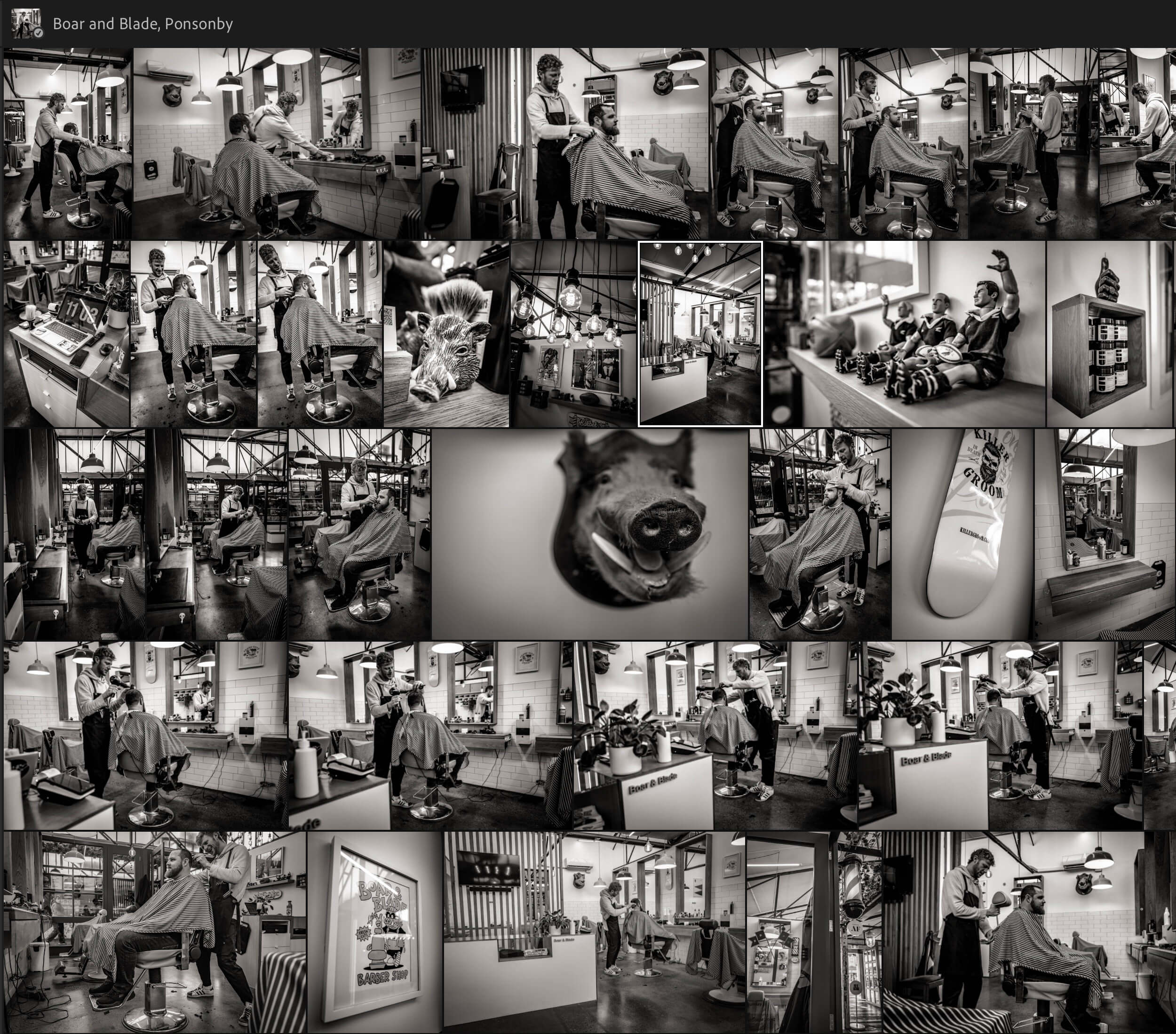 A shoot like this isn’t likely to take just five minutes, is it?

Rule 3:Going solo
I will often be at a bakery at 3:30 am. Or at the fire station at 11 am. Either way, I’m going to be away for several hours and Renuka can go on with her own activity. It feels odd (at least to me) but if you’re serious about taking pictures, then you’re going to have to hang around for several hours. Which is what works best because that gives me a LOT of time. And in turn, it gives her that time as well.

You wouldn’t expect photography to be so demanding, but it is. If you’re single, you can do whatever you like. If you’re in a relationship, boundaries matter.