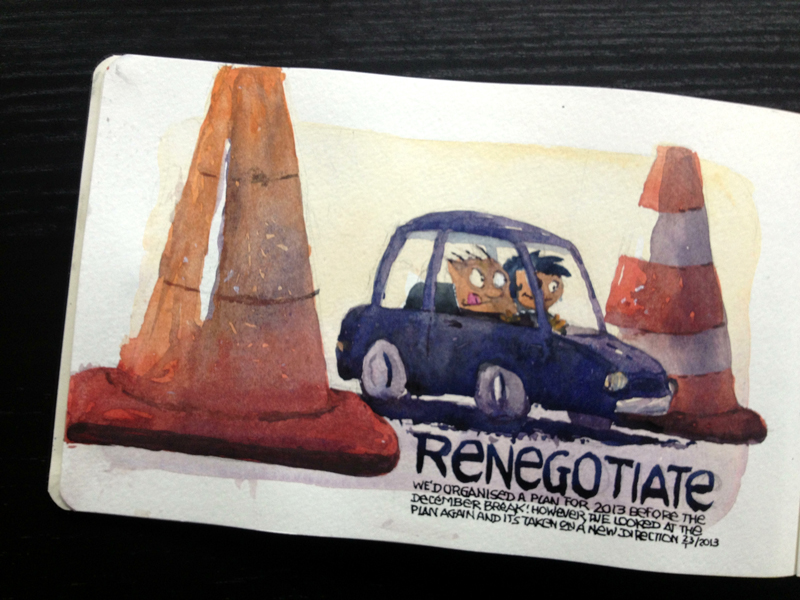 I wanted to go to South Africa instead. Somehow, it seemed like we’d just been to Europe in June and now again we were headed back to Europe. Not that I have anything against Spain. I love the place, I love the people, and food—let’s not forget the food. Plus I can understand and speak a lot of Spanish, so Spain seemed like a logical choice.

But still, my heart wasn’t really on this trip and yet it was kinda exciting, because it wasn’t all a holiday. Instead I was going to spend one, maybe two weeks with master watercolorist, Joseph Zbukvic. Which was great, but the thought of being part of one watercolour demonstration after another seemed to be an extremely boring concept. Still, Angela from EPC convinced me that Spain was the place I needed to be, and especially, Cadaqués. So off I went.

Yes, I had fun eating and drinking and painting
But somehow it seemed like the learning didn’t kick in while I was in Spain. When I looked at my work pre-Spain and post-Spain, I see a considerable difference, but it took at least a few months to kick in. The story that follows will document just what happened and why Spain was so important.

This cartoon was done in Jan 2013, about two months after we got back from Spain. Right until that moment, my work seemed a little flat. That summer (yes, it’s summer in NZ in December) I worked on about 50 landscapes and watched a lot of videos that I’d brought back from Spain. And then I started a new Moleskine book. From page one onwards I felt there was something different about my work. It’s usually very hard to recognise any difference, but this was a big difference. Suddenly it seemed, I had a greater depth in my work, and a lot more confidence.

The renegotiate factor was us redoing our planning for what seemed to be the umpteenth time since we got back in November.