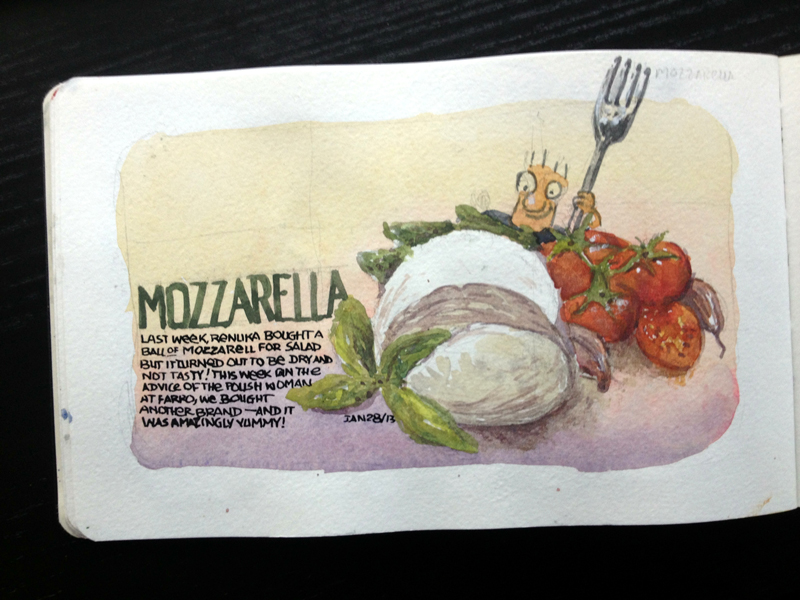 The problem with this mozzarella time cartoon is not immediately apparent, when you look at it. But there is a problem. And that was what I couldn’t “see” when I was in Spain, and neither could I see it, several months later. It seemed reasonably well composed, but there was some oomph missing. That oomph is what most artists refer to as “values” (I hate that word, it’s too confusing).

But anyway, the cartoon has everything going for it except dark tones and various levels of values. Even though I’d just attended the workshop on watercolours, the learning hadn’t quite kicked in. That learning was still to come.

We had some absolutely outstanding mozzarella in Spain (in June) and then in Catalonia (in September). And so we got this taste for mozzarella. But not just any mozzarella. We rejected quite a few of them until we got what we wanted from Farro (the foodstore). But even in Farro, there was a lot of crappy mozzarella. Life’s too short to eat crappy mozzarella!